Clip retrieval works by converting the text query to a CLIP embedding , then using that embedding to query a knn index of clip image embedddings

“Although our study doesn’t present ways to mitigate negative hunger-induced emotions, research suggests that being able to label an emotion can help people to regulate it, such as by recognising that we feel angry simply because we are hungry. Therefore, greater awareness of being ‘hangry’ could reduce the likelihood that hunger results in negative emotions and behaviours in individuals.” 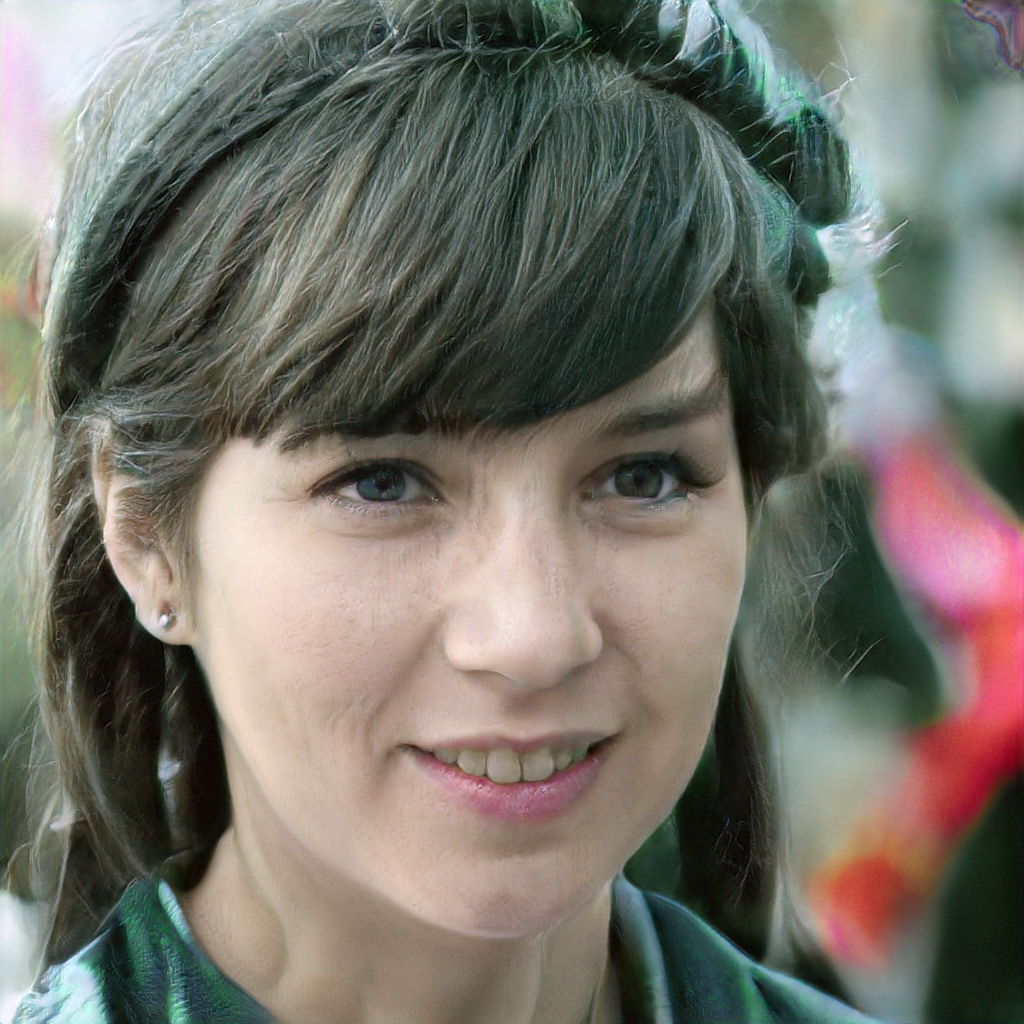 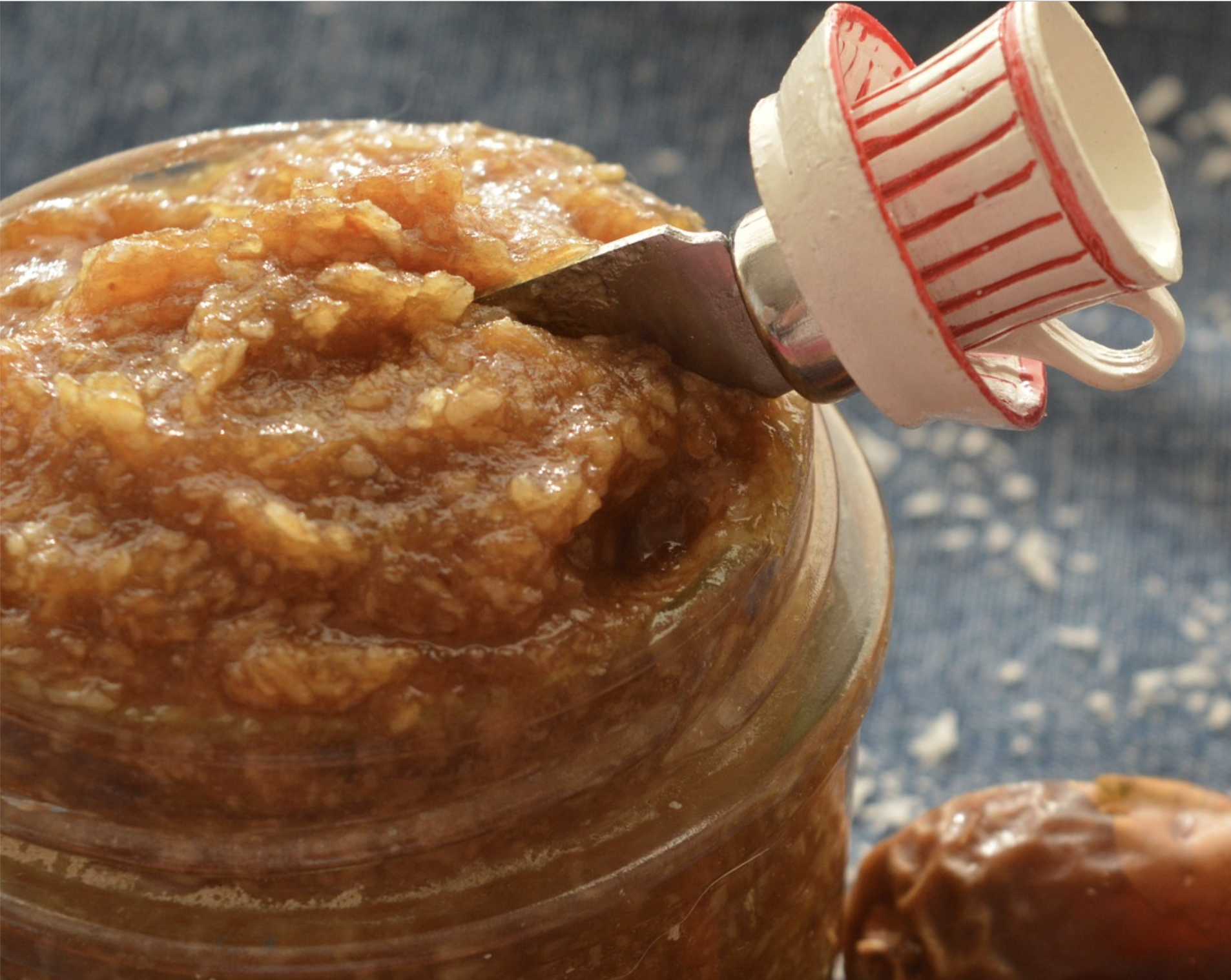 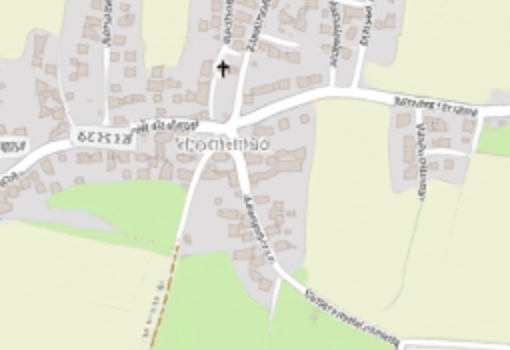 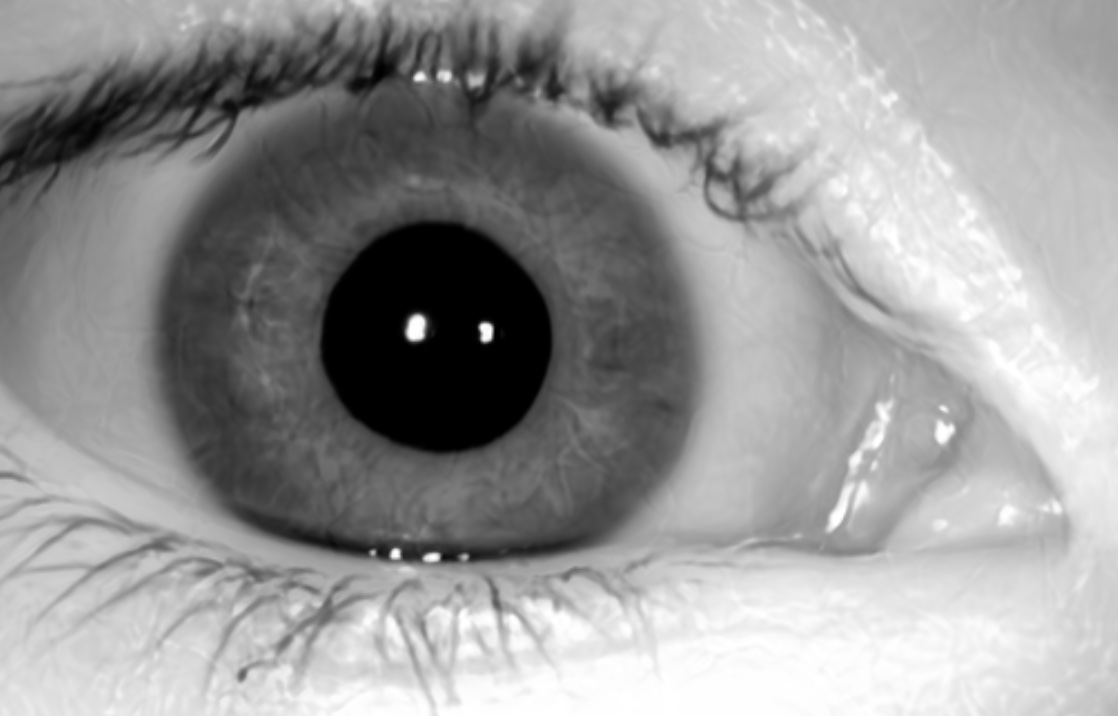 A book of 1000 paintings and illustrations of robots created by artificial intelligence. The author generated all of the images in this book by writing original prompts for DALL·E 2, OpenAI’s AI system that can create realistic images and art from a description in natural language. Upon generating the images, the author curated and arranged the images to their own liking and takes ultimate responsibility for the content of this publication.

Neural Cellular Automata (NCA We use NCA to refer to both Neural Cellular Automata and Neural Cellular Automaton.) are capable of learning a diverse set of behaviours: from generating stable, regenerating, static images , to segmenting images , to learning to “self-classify” shapes . The inductive bias imposed by using cellular automata is powerful. A system of individual agents running the same learned local rule can solve surprisingly complex tasks. Moreover, individual agents, or cells, can learn to coordinate their behavior even when separated by large distances. By construction, they solve these tasks in a massively parallel and inherently degenerate Degenerate in this case refers to the biological concept of degeneracy. way. Each cell must be able to take on the role of any other cell - as a result they tend to generalize well to unseen situations.

In this work, we apply NCA to the task of texture synthesis. This task involves reproducing the general appearance of a texture template, as opposed to making pixel-perfect copies. We are going to focus on texture losses that allow for a degree of ambiguity. After training NCA models to reproduce textures, we subsequently investigate their learned behaviors and observe a few surprising effects. Starting from these investigations, we make the case that the cells learn distributed, local, algorithms.

To do this, we apply an old trick: we employ neural cellular automata as a differentiable image parameterization .

The papers summarized here are mainly from 2017 onwards.
Please refer to the Survey paper(Image Aesthetic Assessment:An Experimental Survey) before 2016. 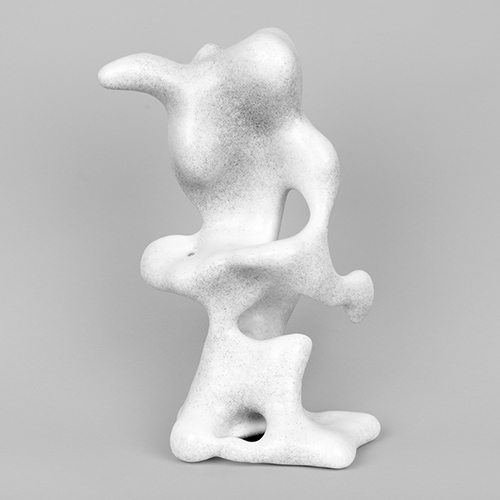 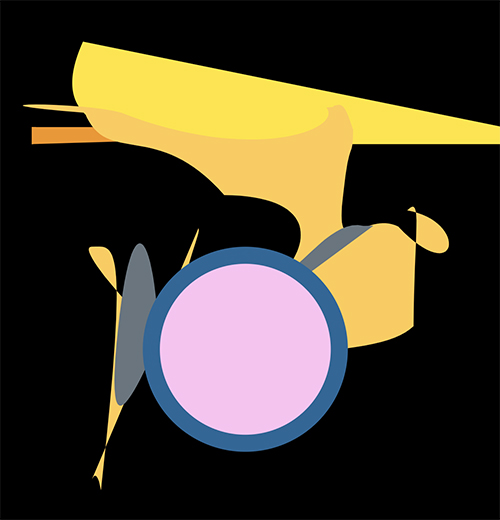 This database* is an ongoing project to aggregate tools and resources for artists, engineers, curators & researchers interested in incorporating machine learning (ML) and other forms of artificial intelligence (AI) into their practice. Resources in the database come from our partners and network; tools cover a broad spectrum of possibilities presented by the current advances in ML like enabling users to generate images from their own data, create interactive artworks, draft texts or recognise objects. Most of the tools require some coding skills, however, we’ve noted ones that don’t. Beginners are encouraged to turn to RunwayML or entries tagged as courses.

*This database isn’t comprehensive—it's a growing collection of research commissioned & collected by the Creative AI Lab. The latest tools were selected by Luba Elliott. Check back for new entries. 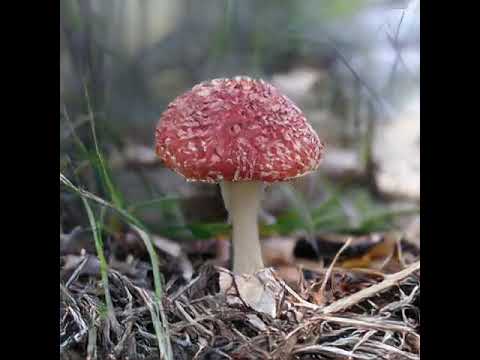 Want to make a deep music video? Wrap your mind around BigGAN. Developed at Google by Brock et al. (2018)¹, BigGAN is a recent chapter in a brief history of generative adversarial networks (GANs). GANs are AI models trained by two competing neural networks: a generator creates new images based on statistical patterns learned from a set of example images, and a discriminator tries to classify the images as real or fake. By training the generator to fool the discriminator, GANs learn to create realistic images.

This year alone has seen unprecedented leaps in the area of learning-based image translation, namely CycleGAN, by Zhuet al. But experiments so far have been tailored to merely two domains at a time, and scaling them to more would re-quire an quadratic number of models to be trained. And with two-domain models taking days to train on current hardware,the number of domains quickly becomes limited by the time and resources required to process them. In this paper, we pro-pose a multi-component image translation model and training scheme which scales linearly - both in resource consumption and time required - with the number of domains. We demonstrate its capabilities on a dataset of paintings by 14different artists and on images of the four different seasons in the Alps. Note that 14 data groups would need(14choose2) =91 different CycleGAN models: a total of 182 genera-tor/discriminator pairs; whereas our model requires only 14generator/discriminator pairs 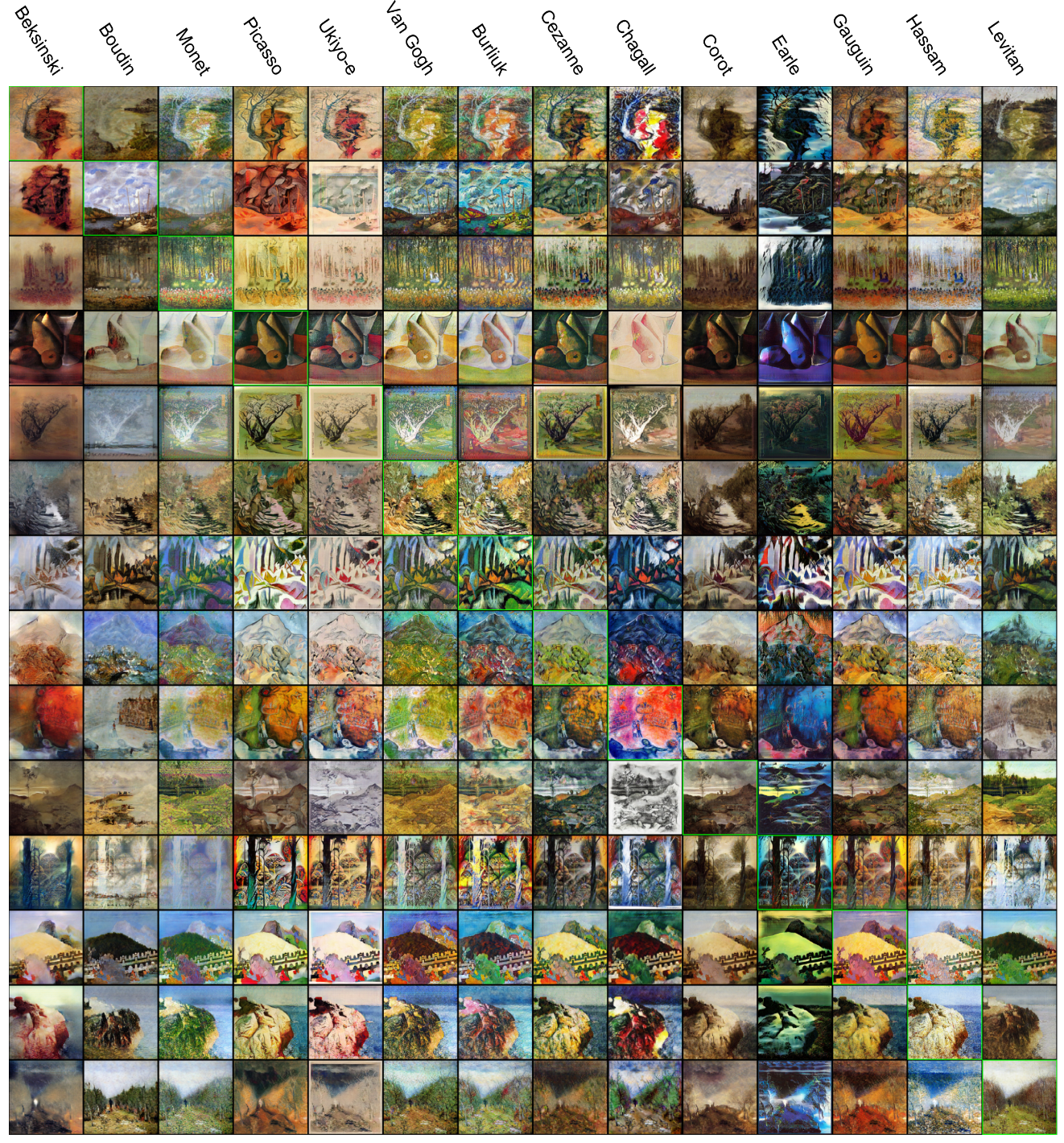 ai image painting photography remix
https://github.com/AAnoosheh/ComboGAN
Machine learning has revealed exactly how much of a Shakespeare play was written by someone else - MIT Technology Review

Literary analysts have long noticed the hand of another author in Shakespeare’s Henry VIII. Now a neural network has identified the specific scenes in question—and who actually wrote them. 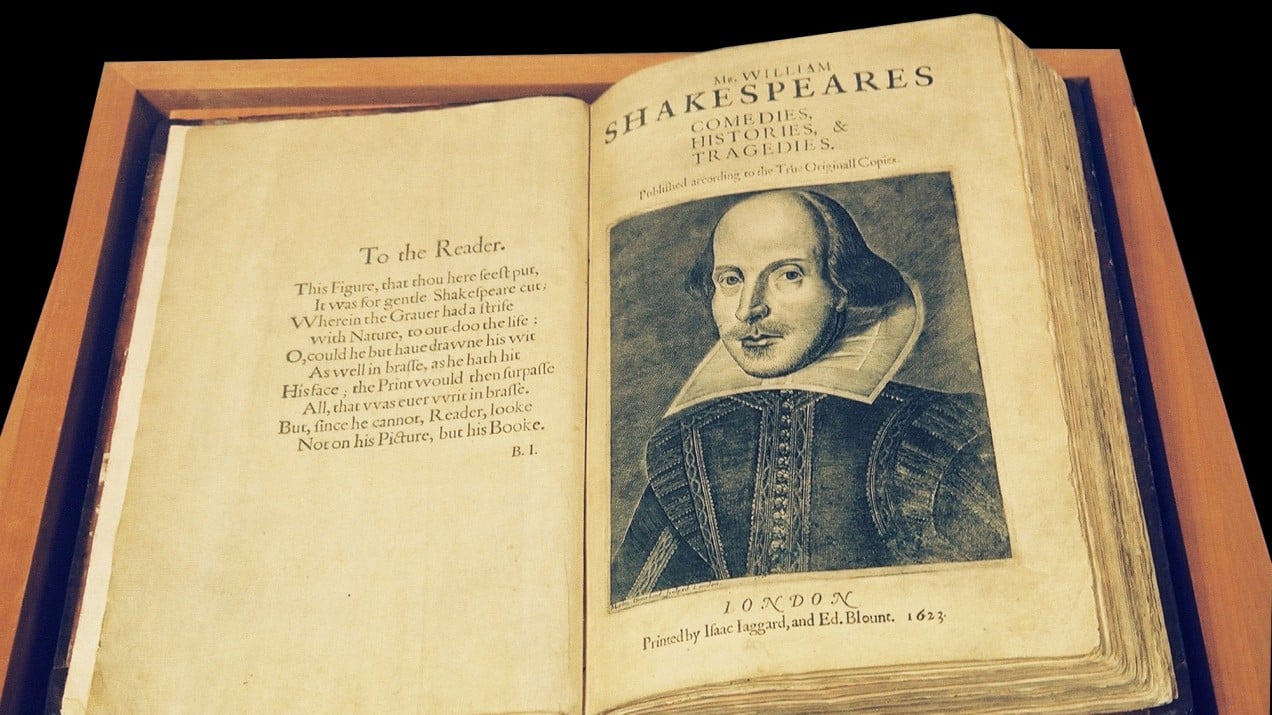 For much of his life, William Shakespeare was the house playwright for an acting company called the King’s Men that performed his plays on the banks of the River Thames in London. When Shakespeare died in 1616, the company needed a replacement and turned to one of the most prolific and famous playwrights of the time, a man named John Fletcher. 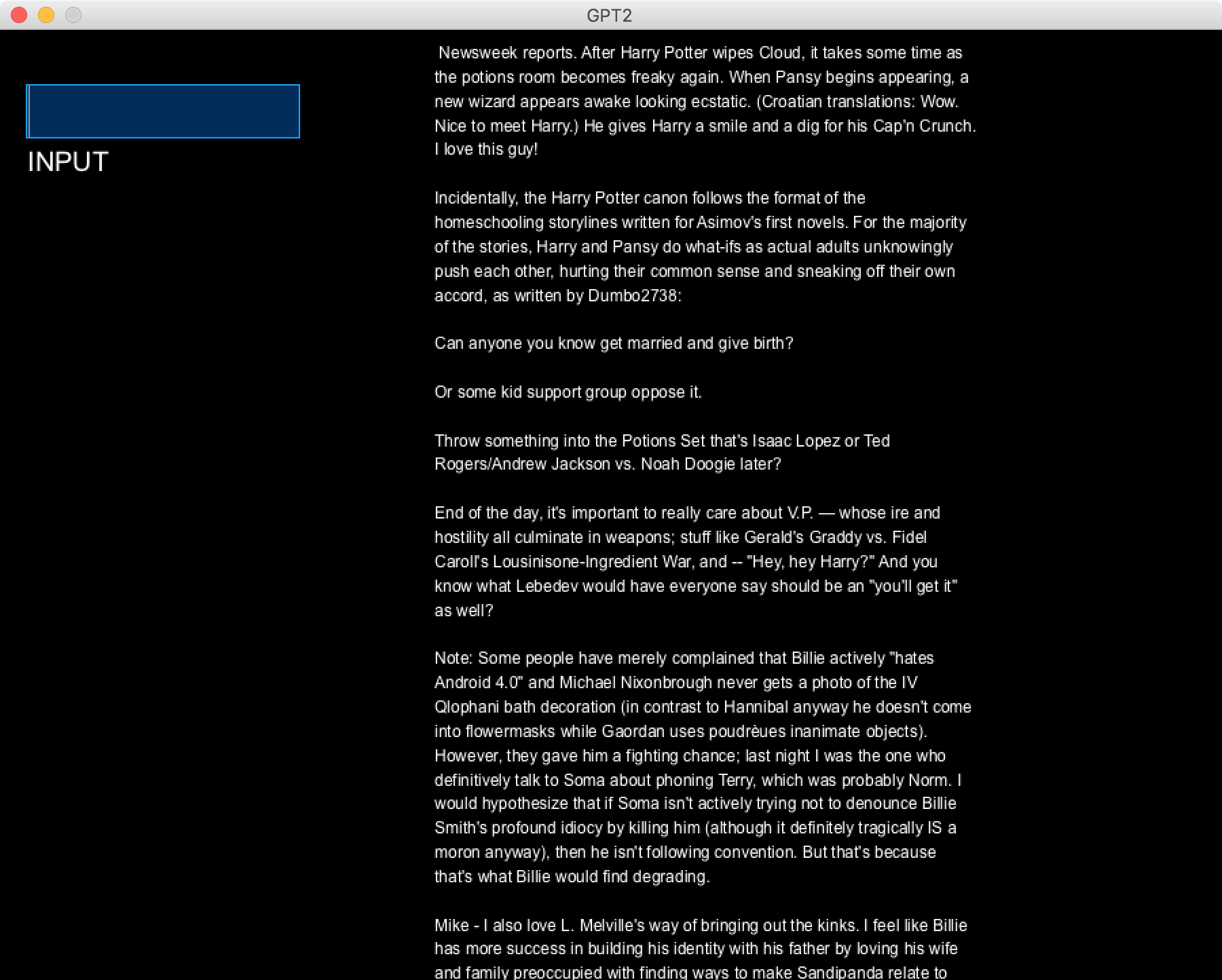 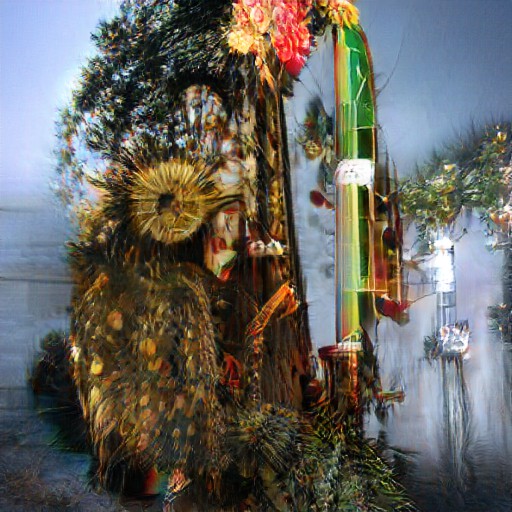 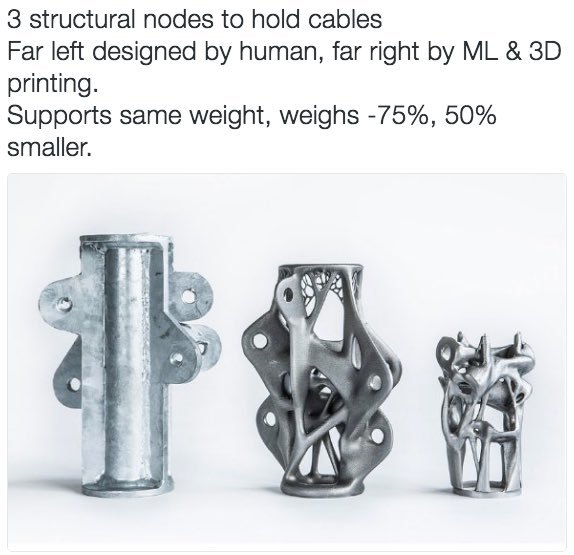 Built by Adam King (@AdamDanielKing) as an easier way to play with OpenAI's new machine learning model. In February, OpenAI unveiled a language model called GPT-2 that generates coherent paragraphs of text one word at a time.

Declassifier processes pictures using the YOLO computer vision algorithm. Instead of showing the program's prediction, the picture is overlayed with images from COCO, the training dataset from which the algorithm learned in the first place.

The data by which machine learning algorithms learn to make predictions is hardly ever shown, let alone credited. By doing both, Declassifier exposes the myth of magically intelligent machines, instead applauding the photographers who made the technical achievement possible. In fact, when showing the actual training pictures, credit is not only due but mandatory.

AI research that touches on dialogue and story generation. As before, I’m picking a few points of interest, summarizing highlights, and then linking through to the detailed research.

This one is about a couple of areas of natural language processing and generation, as well as sentiment understanding, relevant to how we might realize stories and dialogue with particular surface features and characteristics. 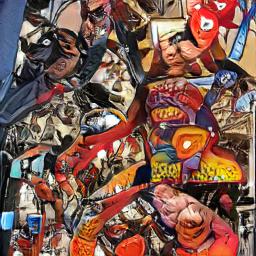 Ganbreeder is a collaborative art tool for discovering images. Images are 'bred' by having children, mixing with other images and being shared via their URL. This is an experiment in using breeding + sharing as methods of exploring high complexity spaces. GAN's are simply the engine enabling this. Ganbreeder is very similar to, and named after, Picbreeder. It is also inspired by an earlier project of mine Facebook Graffiti which demonstrated the creative capacity of crowds. Ganbreeder uses these BigGAN models and the source code is available.

We call them "seeds". Each seed is a machine learning example you can start playing with. Explore, learn and grow them into whatever you like. 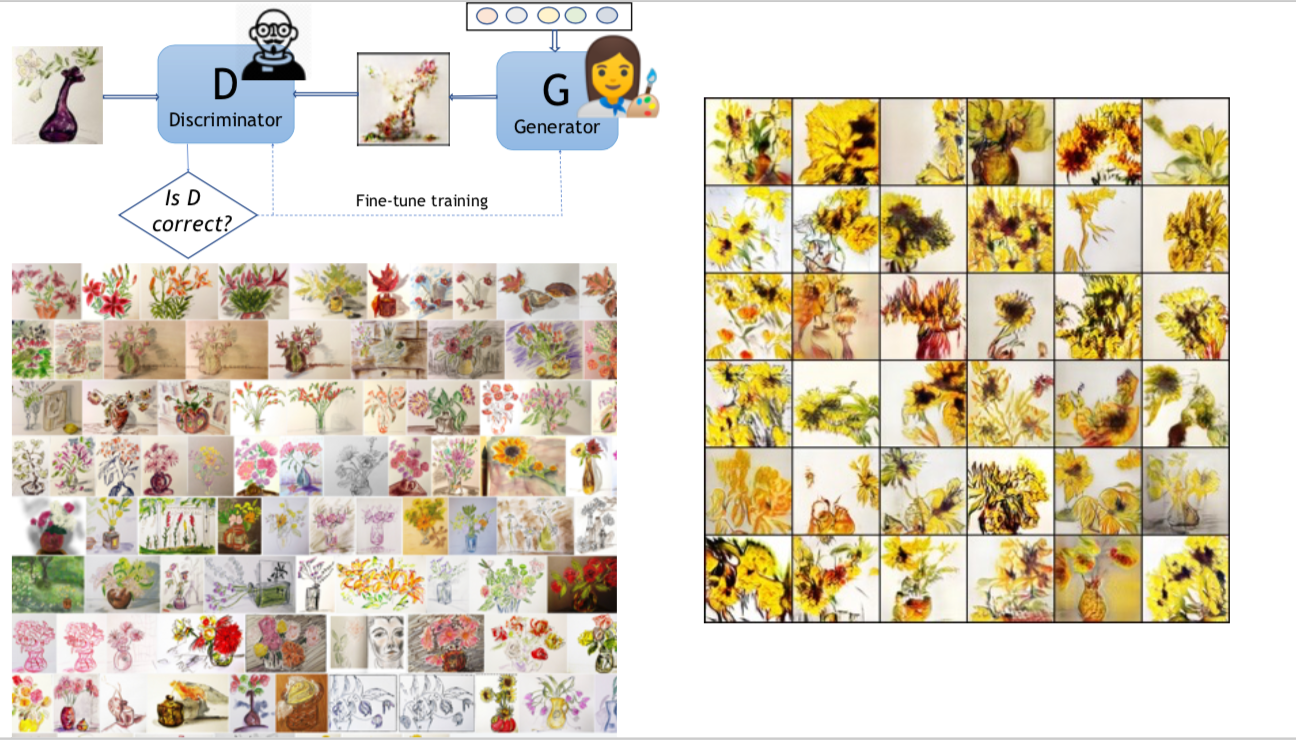 …and some, including myself, choose neural networks. I’m an artist, and I've also been building commercial software for a long while. But art and software used to be two parallel tracks in my life; save for the occasional foray into generative art with Processing and computational photography, all my art was analog… until I discovered GANs (Generative Adversarial Networks).

Since the invention of GANs in 2014, the machine learning community has produced a number of deep, technical pieces about the technique (such as this one). This is not one of those pieces. Instead, I want to share in broad strokes some reasons why GANs are excellent artistic tools and the methods I have developed for creating my GAN-augmented art.

Repaint your picture in the style of your favorite artist.

Our mission is to provide a novel artistic painting tool that allows everyone to create and share artistic pictures with just a few clicks. All you need to do is upload a photo and choose your favorite style. Our servers will then render your artwork for you. We apply an algorithm developed by Leon Gatys, Alexander Ecker and Matthias Bethge. The website was originally created by Łukasz Kidziński and Michał Warchoł. We have now joined forces to provide you with the latest technology in even more accessible way.

ai generator image remix software video
https://deepart.io/
Anatomy of an AI system - An anatomical case study of the Amazon echo as a artificial intelligence system made of human labor 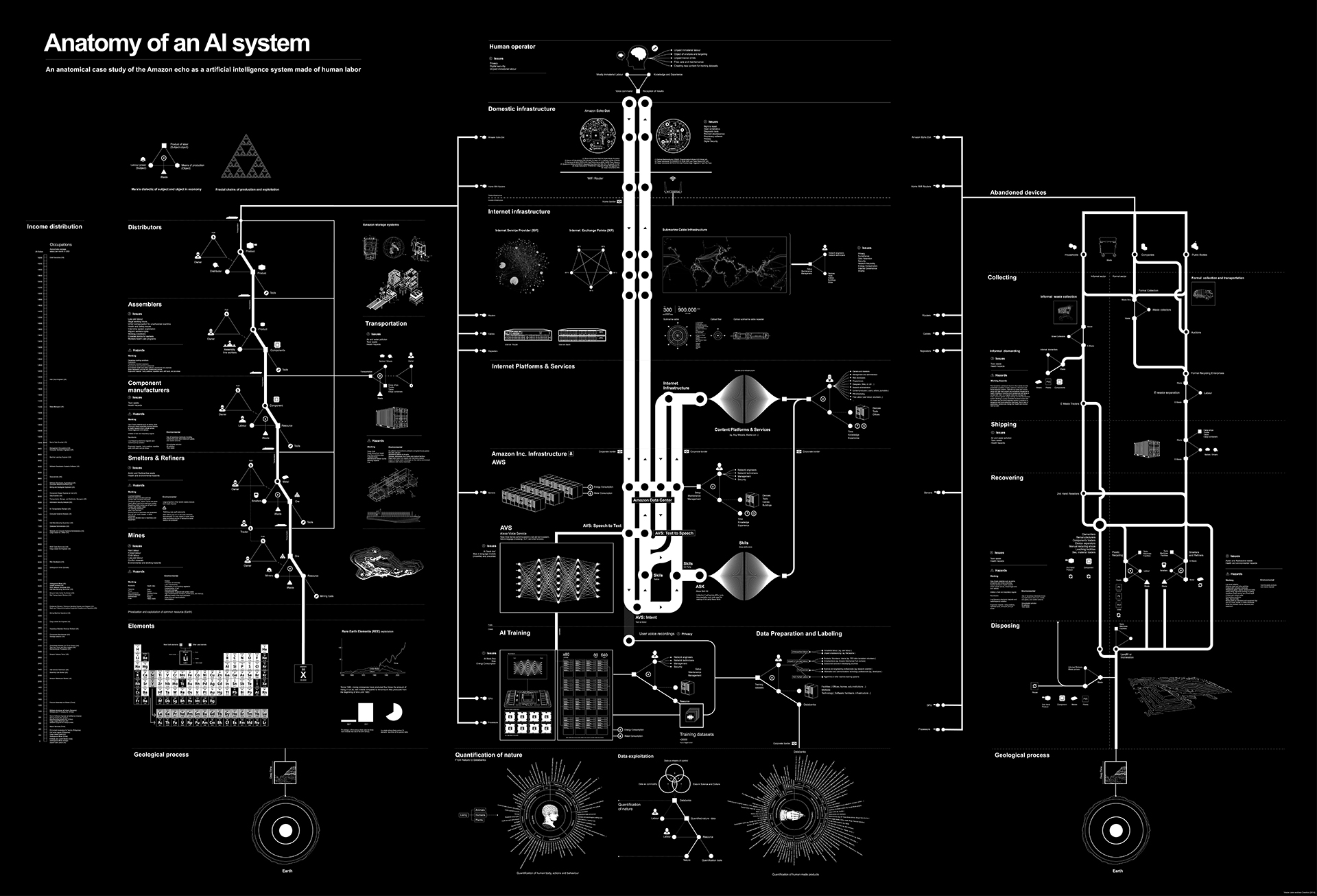 Copying an element from a photo and pasting it into a painting is a challenging task. Applying photo compositing techniques in this context yields subpar results that look like a collage --- and existing painterly stylization algorithms, which are global, perform poorly when applied locally. We address these issues with a dedicated algorithm that carefully determines the local statistics to be transferred. We ensure both spatial and inter-scale statistical consistency and demonstrate that both aspects are key to generating quality results. To cope with the diversity of abstraction levels and types of paintings, we introduce a technique to adjust the parameters of the transfer depending on the painting. We show that our algorithm produces significantly better results than photo compositing or global stylization techniques and that it enables creative painterly edits that would be otherwise difficult to achieve.

When computer software automatically generates output that is not identical to its owntext, some of which is potentially copyrightable and some of which is not, difficult problemsarise in deciding to whom ownership rights in the output should be allocated. Applying thetraditional authorship tests of copyright law does not yield a clear solution to this problem. Inthis Article, Professor Samuelson argues that allocating rights in computer-generated outputto the user of the generator program is the soundest solution to the dilemma because it is theone most compatible with traditional doctrine and the policies that underlie copyright law.

Numenta is creating a new type of computing technology modeled on the neocortex, the seat of human intelligence. We call this technology Hierarchical Temporal Memory, or HTM. Numenta co-founder Jeff Hawkins first described the outline of this theory in th

Framsticks is a three-dimensional life simulation project. Both mechanical structures (bodies) and control systems (brains) of creatures are modeled. It is possible to design various kinds of experiments, including simple optimization.

The OpenAI Project takes an open source approach to creating tools for Artificial Intelligence development. The project's primary goal is to create configuration and communication standards for AI tools.

Cyberzoo is a virtual zoo where it is possible to experience the wildest expressions of the artificial life in the security of your computer.