You don't need to know how to program to use this system. But if you can program in SuperCollider, some modules allow you to edit the SuperCollider code inside - to generate or process audio, add modulation, create animations, or run SuperCollider Patterns. 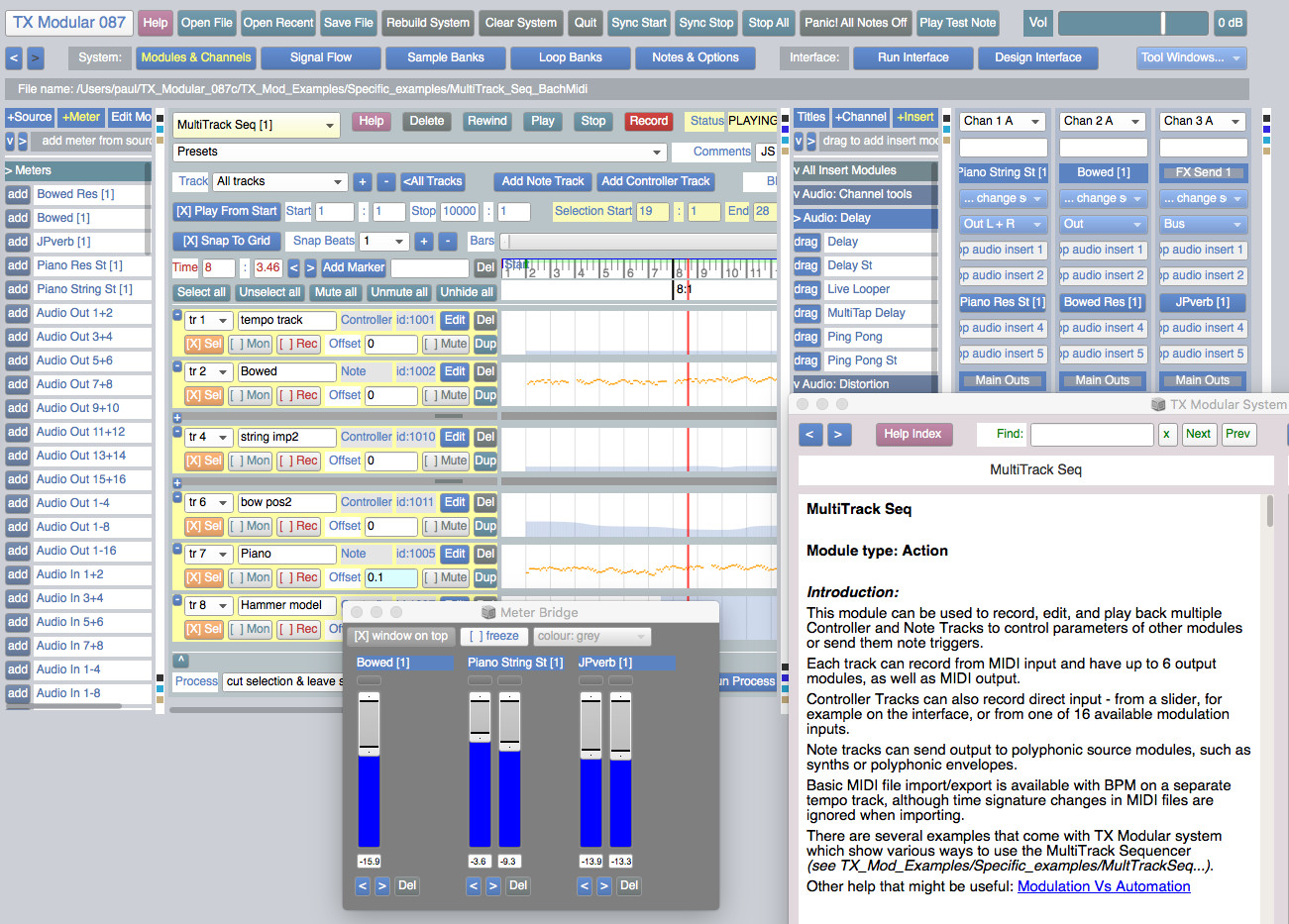