∏-node is an experimental platform for the development of an hybrid web/FM/DAB+ radio format. Through the interlinking of different approaches, tools, technologies and networks a decentralised broadcast structure is established where each of the network’s nodes serves to both receive and transmit information. Such a structure seeks to break with the classic one-way communication scheme, substituting it with a horizontal peer-to-peer model.

∏-node wants to explore the many dimensions of radio – its physicality (ether, radio waves and the electromagnetic spectrum), its spatiality (bandwidth, frequencies), its infrastructure (network of radio receivers/emitters), its methods of production and editorial content management (programming boards/teams, recording studios), its methods of metadata reception (RDS/SDR), its history (free radio and pirate radio movements), and its legislation. Most importantly, π-node also wants to examine the future role and potential of radio in a time when everything is going digital. 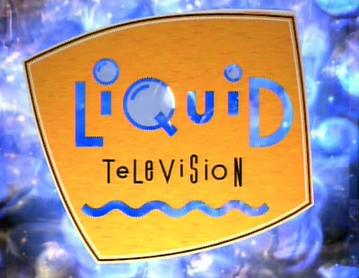 Liquid Television is an animation showcase that appeared on MTV andCartoon Network (later Adult Swim).[2] The first season of Liquid Televisionalso aired on BBC Two in co-production with MTV and Cartoon Network. Ultimately, MTV commissioned three seasons of the show, which was produced by Hanna-Barbera, Martin Cartoons and Colossal Pictures. It has served as the launching point for several high-profile original cartoons, including Beavis and Butt-head and Æon Flux. The show was eventually succeeded by Cartoon Sushi. The bulk of Liquid Television's material was created by independent animators and artists specially for the show, and some previously produced segments were compiled from festivals such as Spike and Mike's Sick and Twisted Festival of Animation. Mark Mothersbaugh composed the show's theme music. It was broadcast in New Zealand on TV3 and in Australia on SBS.

There were also a large number of animation pieces adapted from the work ofArt Spiegelman's comic compilation, RAW. RAW featured underground cartoonists such as Mark Beyer, Richard Sala, and Peter Bagge. In particular,Dog-Boy by Charles Burns was based on the artist's series from RAW.[3]

Due to the extensive use of licensed music throughout the series (episodes often began with a contemporary music video being "liquified"), full episodes ofLiquid Television have not been seen in any form since its original run. Selected segments from the series, including the first appearances of Æon Flux, were released on two VHS tapes in the late 1990s as The Best of Liquid Television parts one and two. These tapes are long out-of-print. A collection volume, titled Wet Shorts (The Best of Liquid Television), comprising the two VHS tapes, was released on DVD in 1997, but this, too, is out-of-print.

On October 13, 2011, MTVX, MTV's cross media group, announced the return of Liquid Television.[4] It is now a network that is available on the internet and social media. The first content to debut on the network was "F**KING BEST SONG EVERRR" by Wallpaper, available on the website. Full-length episodes featuring the online content and all-new material were released in 2013.

AccuJazz is an all-Jazz radio station designed to showcase the exciting potential of Internet radio.  It contains over fifty jazz channels based on categories of style, instrument, composer, region, decade and more.  Each channel is further customizable by the option to "deselect" artists the listener would rather not hear.  New subchannels are added frequently.  The variety of channels and their customizable nature makes AccuJazz a radio experience unlike any other.

Andrei Tarkovsky (1932-1986) firmly positioned himself as the finest Soviet director of the post-War period. But his influence extended well beyond the Soviet Union.

The Library of Congress presents the National Jukebox, which makes historical sound recordings available to the public free of charge.

UbuWeb is a non commercial online radio, that keeps track of all kind of Avant Garde forms as in contemporary music to improvisations or free jazz as much as sonorous lyric.

Syphon is an open source Mac OS X technology that allows applications to share frames - full frame rate video or stills - with one another in realtime.

A fun way to navigate through thousands of music blogs.
The web is your player, bloggers are your dj's.

The Avant Garde Project is a series of recordings of 20th-century classical, experimental, and electroacoustic music digitized from LPs whose music has in most cases never been released on CD, and so is effectively inaccessible to the vast majority..

Enjoy documentaries, animations and alternative dramas on the web, on your personalized home page, or on your iPhone. Don't forget to check out our trailers, playlists and upcoming online releases.

Download Finished transforms and re-publishes films from P2P networks and online archives. Found footage becomes the rough material for the transformation machine, which translates the underlying data structure of the films onto the surface of the screen

Soundzit is a new music service developed with the Youtube API that provides access to over 300 million songs where in you can search, listen and embed music online for free and without any registration.

Fairtilizer is a Do It Yourself Music Club providing tools and services for artists, labels, and media to share, promote, and distribute today's best new music.

Vibro is a sonic object, at the crossroads of an art multiple an a specialised magazine.Vibro intends to render experiments in the fields of electroacoustics and Lo-Fi more 'audible'.

openRTSP is a command-line program that can be used to open, stream, receive, and (optionally) record media streams that are specified by a RTSP URL - i.e., an URL that begins with rtsp://

Videoart.net was founded by video artists and filmmakers based in New York City. We are dedicated to video art and short films but interested in any artist utilizing the video medium.

YouTomb is a research project by MIT Free Culture that tracks videos taken down from YouTube for alleged copyright violation.

Here you ll find hundreds of b movies that have been lost in the wasteland of forgotten cinema.

Traum TV is for the late nights. It's there when you are tired of surfing but just want to sit back. It celebrates late night nonstop video watching. Its there as a visual backdrop for parties or to be running on your second screen..

Free Classic Movies, Cartoons, and Shorts for streaming or downloading.