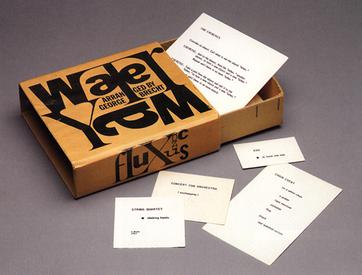 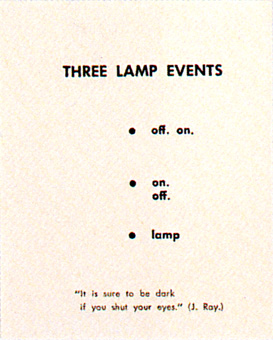 Mysterious British street artist Banksy, infiltrating New York with "Better Out Than In," on Friday introduced "Sirens of the Lambs."

It's art in motion. A slaughterhouse delivery truck is filled with plush animal toys, squeaking through the slatted boards of the truck.  This display on wheels will be "touring the meatpacking district and then citywide for the next two weeks," according to the Banksy website.

Gizmo is a documentary about oddball inventions and inventors from the 20th century.Howard Smith`s 1977 documentary about improbable inventions compiles old newsreel footage of wacky inventions in action, (or inaction as the case may be), as well as some inventors` physical quirks and others` daring deeds in "bringing their invention to market," all for your enjoyment. Gizmo! is an irresistible collection of newsreel footage chronicling the inventive spirit in America. We are treated to some of the strangest inventions ever concocted by man, as well as a few forgotten contraptions that seem to make a great deal of sense. Naturally, filmmaker Howard Smith does not let slip the opportunity of showing the inventors at their most foolish, so once again those ubiquitous shots of collapsing one-man airplanes and malfunctioning jet-powered backpacks are trotted out.

A troupe of 16 quadrotors (flying robots) dance to and manipulate sound and light at the Saatchi & Saatchi New Directors' Showcase 2012.

This video shows the line for Comiket, a doujin convention that occurs twice a year in Japan. The usual size is approximately 500 thousand people in a convention center. An organized system like this is absolutely necessary to keep people in order.

A collection of video by the artist Francis Alÿs

On-the-move is a web site dedicated to international mobility opportunities and information in theater, dance, music and other contemporary performing arts disciplines. It is intended for artists and performing arts professionals from Europe and beyond.

In this work I combine three symbols: migrant workers, doves, and body building. I interpret my New York through concerns of identity, through the Buddhist tradition of setting live animals free (to accumulate grace)

Performance for a matrix of 64 gas balloons, lights, and sound A room is filled with deep, evolving noises from a four-channel sound system. An eight-by-eight array of white, self-illuminated spheres floats in space like the atoms of a complex molecule.

The man who compared himself to a proton ! On 20 May, Gianni Motti went down into the LHC tunnel and walked around the 27 kilometres of the underground ring at an average, unaccelerated pace of 5 kph.

Video clips from Troika Ranch, the New York City based performance group that integrates dance, theater, and interactive multimedia in their live performances.

Interactive performances from a teacher of Iamas in Japan

A website in order to introduce myself, but especially to be able to share research work, projects, work underway or now complete, to offer a personal analysis of topical cultural events or take you on a guided tour of the towns where I've lived.

Public Access is about live, be it live music, performance, creation or whatever form of expression that makes people gather together and share a moment of their life.

TGarden is a responsive environment, inspired by calligraphy and scrying. In TGarden, the players' gestures are being transformed into generative computer graphics and digital soundscapes, leaving marks and traces in much the same way as a calligrapher..

Space for performing and visual arts in nyc