This is a chronological gallery of physical visualizations and related artifacts, maintained by Pierre Dragicevic and Yvonne Jansen.

Luminous-Lint is used worldwide by curators, educators, photography students, photohistorians, collectors and photographers to better understand the many histories of photography. photography reference resources
http://www.luminous-lint.com/app/home/H1/
How to annotate literally everything | beepb00p

Comprehensive overview of existing tools, strategies and thoughts on interacting with your data

TLDR: when I read I try to read actively, which for me mainly involves using various tools to annotate content: highlight and leave notes as I read. I've programmed data providers that parse them and provide nice interface to interact with this data from other tools. My automated scripts use them to render these annotations in human readable and searchable plaintext and generate TODOs/spaced repetition items.

In this post I'm gonna elaborate on all of that and give some motivation, review of these tools (mainly with the focus on open source thus extendable software) and my vision on how they could work in an ideal world. I won't try to convince you that my method of reading and interacting with information is superior for you: it doesn't have to be, and there are people out there more eloquent than me who do that. I assume you want this too and wondering about the practical details. 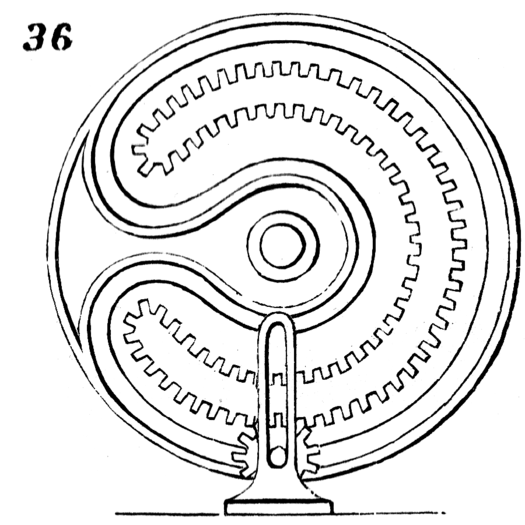 This is an online edition of the classic technical reference Five Hundred and Seven Mechanical Movements by Henry T. Brown.

This site contains the original illustrations and text from the 21st edition of the book, published in 1908. It also includes animated versions of the illustrations, and occasional notes by the webmaster.

The animated versions are not yet complete. They are identified by color images in the thumbnail pages.

“Crate Diggers” profiles people with extraordinary vinyl record collections, with owners displaying and telling the stories behind their collections.

Much of the world's great artwork is tightly controlled, but the Getty Museum just announced a significant initiative to open things up — its new Open Content Program has made some 4,600 pieces of art from the museum's collection free to use. Users can visit the Getty Search Gateway to browse through the entire collection of high-resolution images, and they can all be used for commercial and non-commercial purposes so long as they're properly attributed to the museum. When downloading an image, the site also asks for you to share why you're using it — information the museum wants to see the many reasons that people have for downloading its content.

Amongst the many freely available pieces of art released by Getty are a number of quite famous images, including work by Claude Monet, Vincent van Gogh, Rembrandt, and Leonardo da Vinci.  The 4,600 pieces of artwork available are just the beginning, as well. Getty says that it's actively exploring the possibility of releasing much more art into the public domain, both from the museum's collection as well as materials from the Getty Research Institute's special collections. While Getty isn't the first museum to push forward with an open artwork initiative (the museum cited a number of institutions like the Walters Art Museum as inspirations for the movement), it's the latest example of how the internet is making classic, famous works more accessible.

History of Art, browse By Movement.

All news is local news. Local perspectives on global news. In your language.

The site started life as an illustrated reference book of weird and wonderful Gods. But when the first draft was put online, the concept exploded in all directions and demanded a site of its very own. Thus Godchecker.com was born.

MACE is a pan-european initiative to interconnect and disseminate digital information about architecture.

The Digital Catalogue constitutes a unique resource: comprising approximately 3,500 images, it documents the 2,700 or so sculptures that Goldsworthy made in the ten-year period 1976-1986

Art:21 Art in the Twenty-First Century is the only series on television to focus exclusively on contemporary visual art and artists in the United States, and it uses the medium of television to provide an experience of the visual arts ...

Visual Aesthetices in early computing (1950-80), computer-generated images from the 60's and 70's

Res Artis is the largest existing network of artist residency programmes, representing the interests of more than 200 centers and organisations in 49 countries worldwide that offer to international artists facilities and conditions conducive for making ar

New media is continually evolving on the local scene as well at the international level. Updating the knowledge of its evolution and innovations, which constantly emerge and in all its fields of activity, has now become a need impossible to circumvent for