Embrace and extend — rather than make a personal, private and pristine code utopia, Field tries to bridge to as many libraries, programming languages, and ways of doing things as possible. The world doesn't necessarily need another programming language or serial port library, nor do we have to pick and choose between data-flow systems, graphical user interfaces or purely textual programming — we can have it all in the right environment and we can both leverage the work of others and take control of our own tools and methods.

Live code makes anything possible — Field tries to replace as many "features" with editable code as it can. Its programming language of choice is Python — a world class, highly respected and incredibly flexible language. As such, Field is intensely customizable, with the glue between interface objects and data modifiable inside Field itself. Field takes seriously the idea that its user — you — are a programmer / artist doing serious work and that you should be able to reconfigure your tools to suit your domain and style as closely as possible. 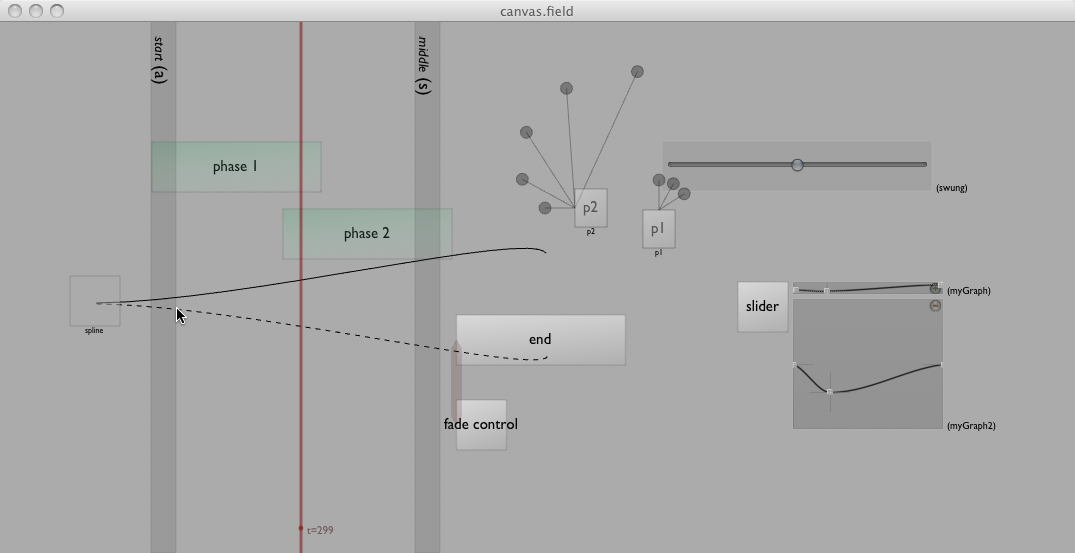 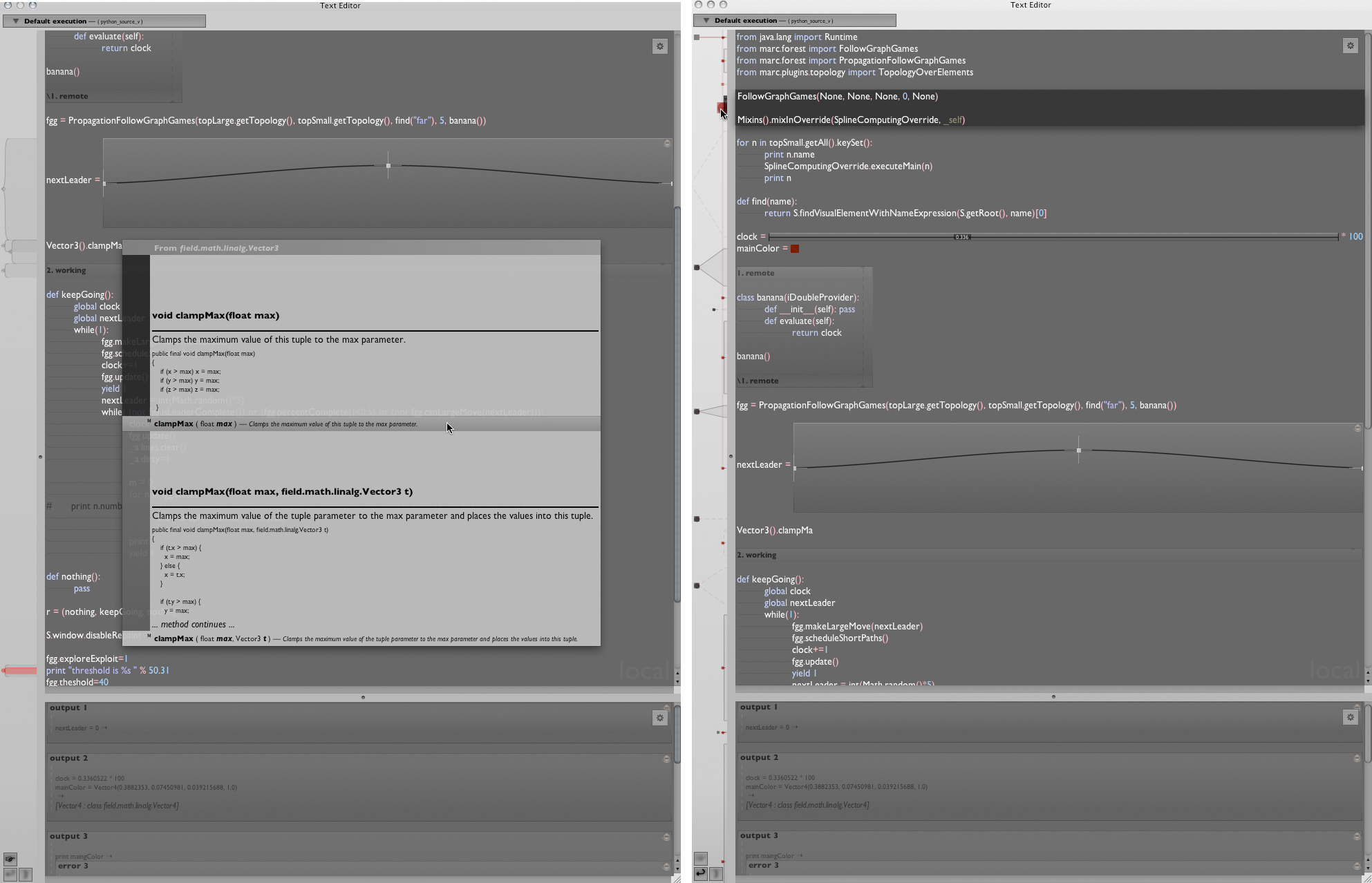 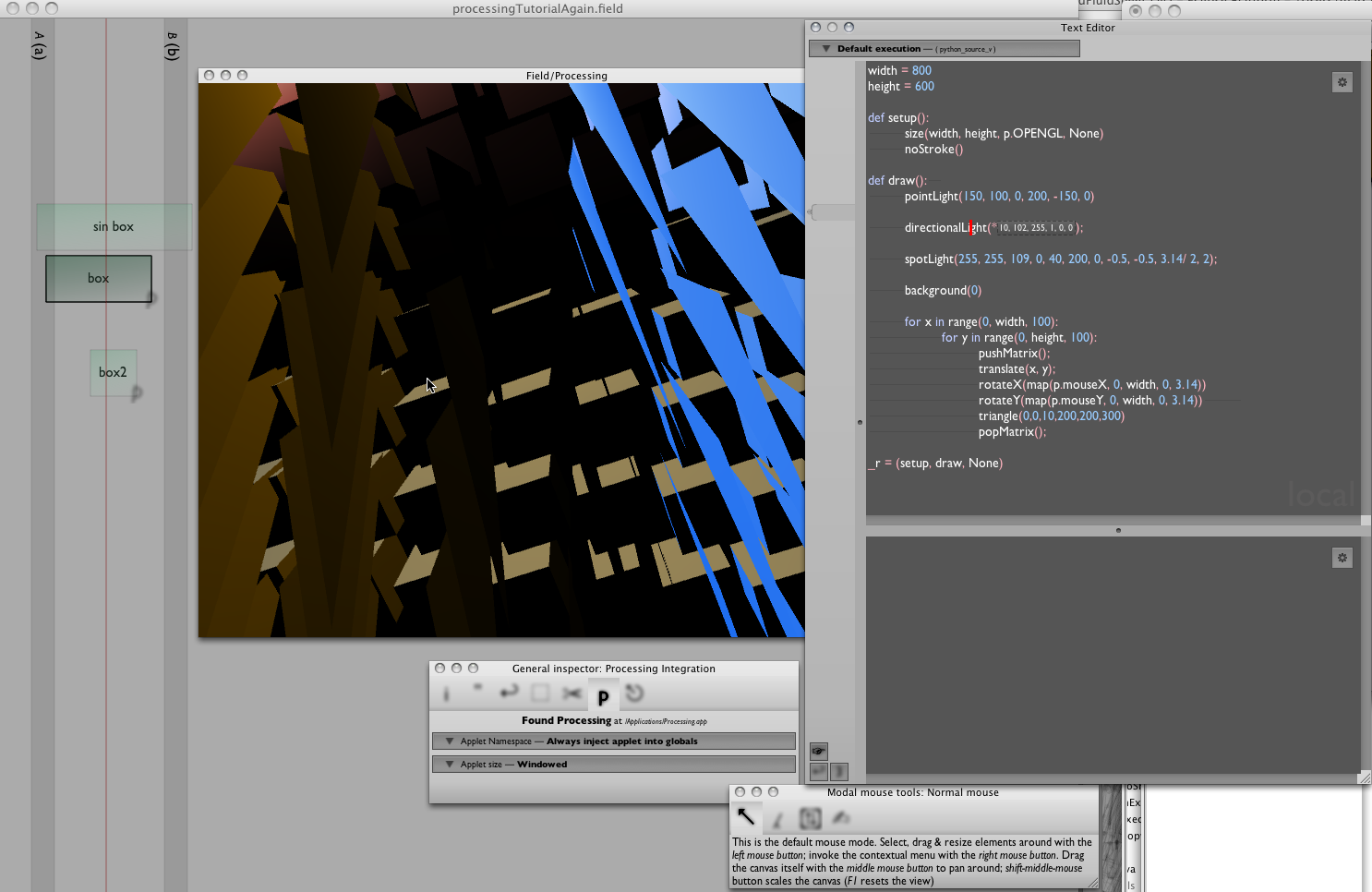 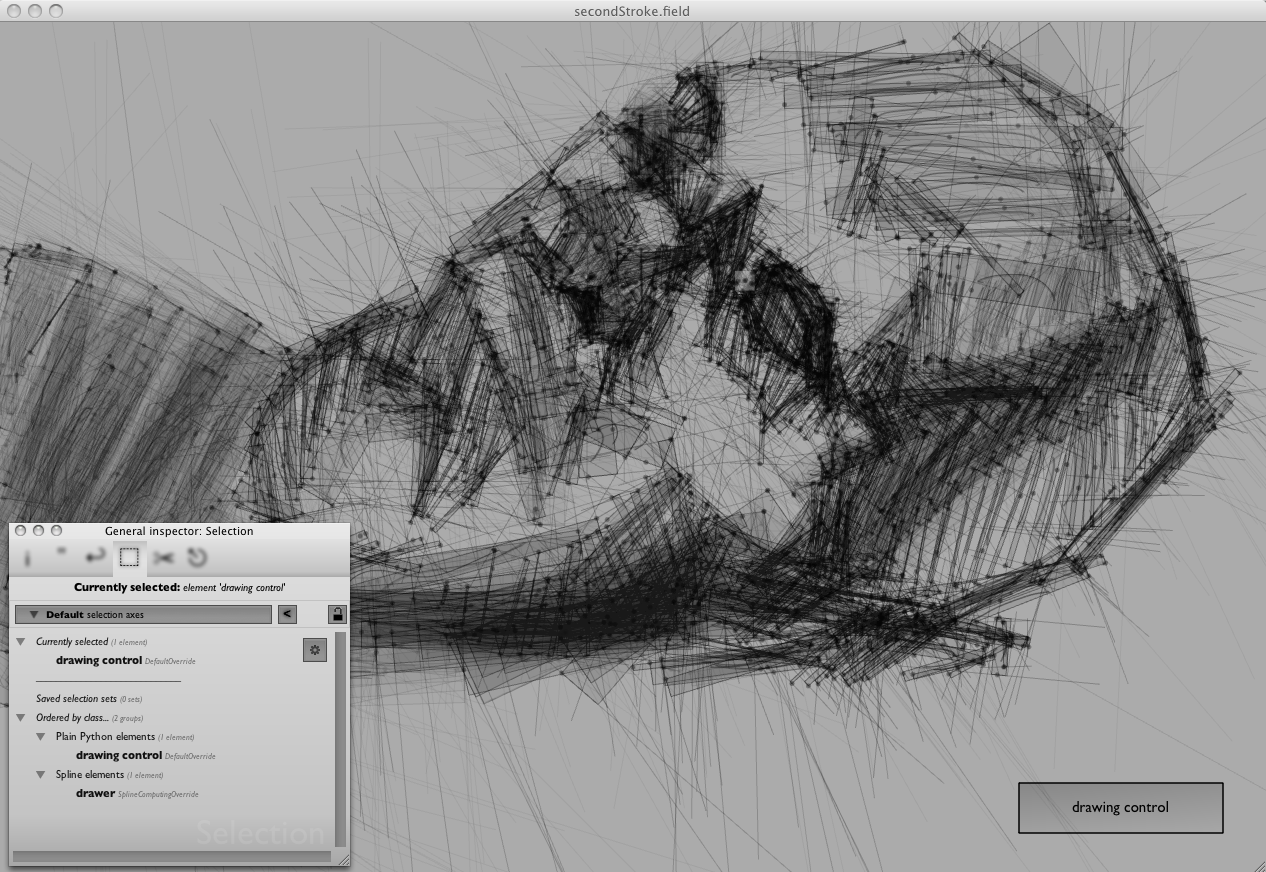